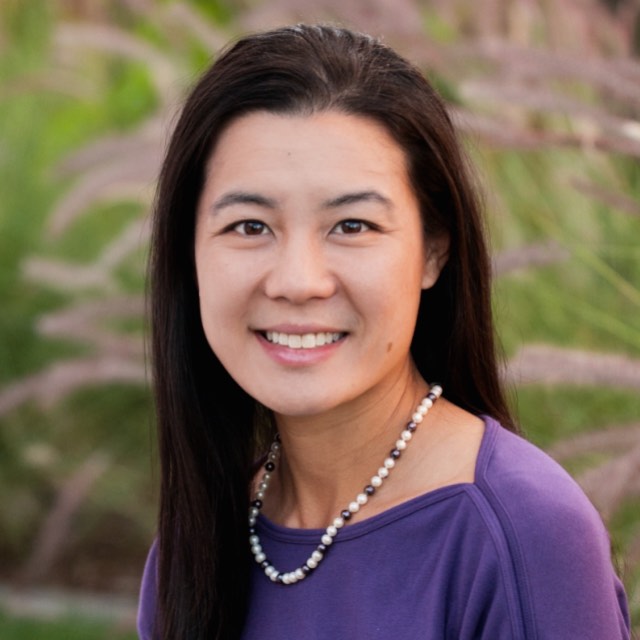 Mrs. Katherine Yang learned of LePort Montessori while researching schools for her daughter and was excited to find an opportunity that combined her varied interests and experience. In the fall of 2014, she led the launch of LePort's very first Montessori Mandarin Immersion program and campus in Irvine. Mrs. Yang received her B.A. in Sociology and Music Performance from the University of California, Irvine and her M.A. in Arts Administration from New York University. Prior to joining LePort, she worked in the field of performing arts administration and previously served as the Director of Education and Community Programs for Pacific Chorale, where she worked with local colleges, high schools and elementary schools to launch new education and outreach initiatives for students. Before pursuing her graduate education, Ms. Yang spent time as a foreign student in Beijing, China. While in Beijing, she studied Mandarin at Beijing Normal University, took a few Chinese cultural courses at Peking University and also taught English through music and movement to local preschool students. In addition to her graduate studies in music and arts management, Mrs. Yang also worked with after-school Mandarin Chinese language programs in both California and New York.

Throughout her years at LePort, Mrs. Yang has learned so much from our community of LePort Montessori educators and tries her best to incorporate the philosophy in all aspects of life. Outside of work, Katherine is a mother of three (all who attend LePort!), and also enjoys traveling, attending classical orchestral concerts and occasionally playing rock drums! 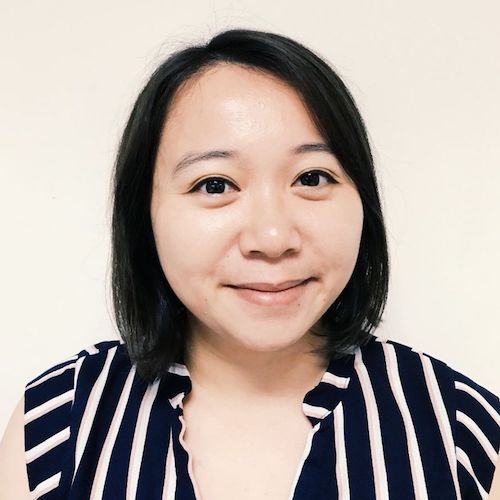 Ms. Liling comes to LePort with varied experience in business administration. She has been exposed to diverse cultures throughout her career and speaks Mandarin as well as several other languages. She received her B.A. in Communication from the University of California, San Diego. In her past, she worked as an assistant for a bilingual after school program and did volunteer work with students K-12. Her most recent work experience has been in sales account management and she is excited to combine her business background with her interest in education! 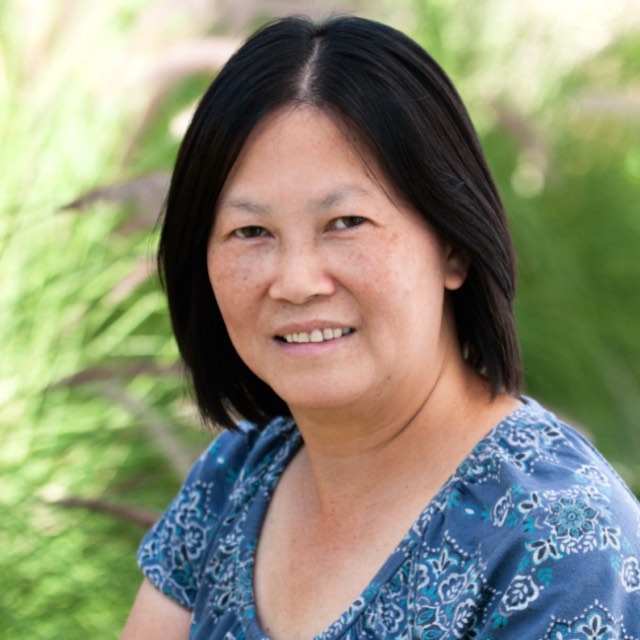 Ms. Suet Chow received her Early Childhood Education Certificate of Achievement with an Infant/Toddler Emphasis from Irvine Valley College. Her past work experiences include running a licensed family childcare in her community for ten years. She also worked at another Montessori school in Irvine as an Assistant Teacher in the toddler class for four years. Ms. Suet joined LePort in September of 2008 and worked as a Toddler Assistant Teacher at the Irvine Westpark campus until the Irvine Mandarin campus opened. Ms. Suet completed her AMI Montessori teacher training for the 0 to 3 age group at the Montessori Institute of San Diego. She loves working with children. She believes childhood is a time of natural creativity and curiosity, and a time to motivate children in a positive way and encourage them to discover, learn, and grow! Ms. Suet is excited at the opportunity of teaching the Montessori program she loves in her native Chinese language, equipping children with the foundation for joyful learning and giving them the gift of bilingualism.

Other than working with children, Ms. Suet also enjoys watching dramas and doing arts and crafts. Her idea of a perfect weekend consists of relaxing, having a cup of coffee, reading in the morning, shopping, and spending time with family.
hzhu 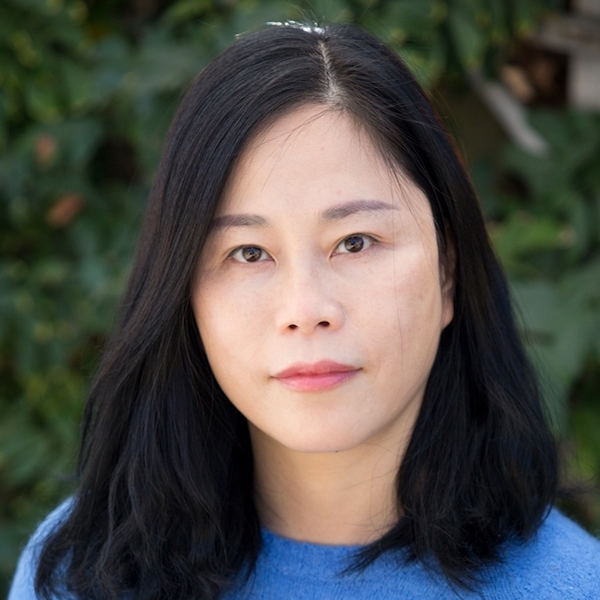 Ms. Zhu originates from China and graduated from East China Normal University. Prior to working in Early Childhood Education Ms. Zhu worked in international import/exports. However, after she had her own child, she became very interested in Early Childhood Education. Ms. Zhu began her career with LePort in 2017. Over the years, she has supported the Irvine Mandarin campus by leading classrooms during Head of Teacher transitions. Her time spent in the Montessori environment has inspired her to take her AMI Montessori training for ages 0-3 at the Montessori Training Center of British Columbia in Canada. Ms. Zhu is always looking for ways to learn and grow in order to improve her work, and she values the time with the children and her colleagues every day. 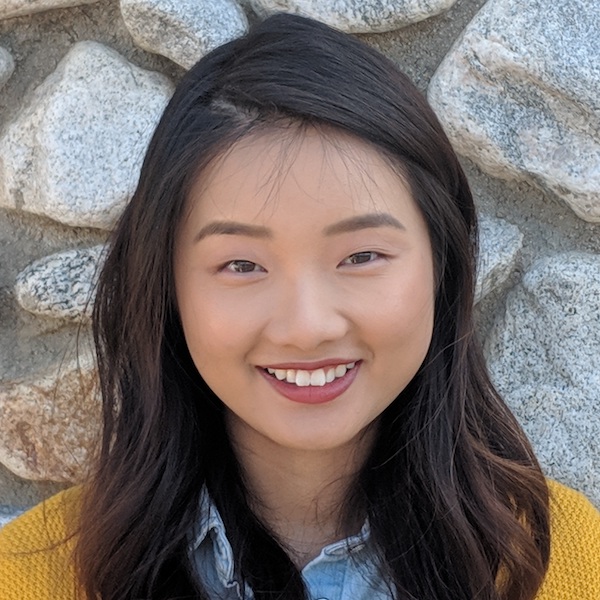 Coco Leng earned her Bachelor’s Degree in Communication Disorders from California State University, Los Angeles. In 2014 Ms. Leng began working with children in a Montessori environment. Ms. Leng was AMS trained when she was in college. In 2018, she decided to further her knowledge about the Montessori method, and attended the Primary Teacher Training at Montessori Institute of San Diego (MISD). She enjoys arts and crafts and loves incorporating them into the classroom. She also taught cooking classes to children during summer programs to share her passion for cooking and baking. Ms. Leng is fluent in both English and Mandarin.
qyan 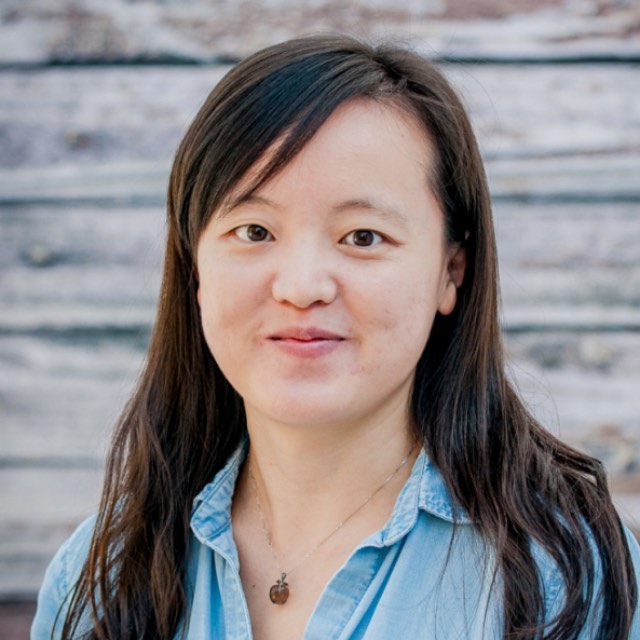 Ms. Qi Yan is originally from Shenyang, China and came to the U.S. to pursue a Master’s degree in Chemical Engineering. While pursuing her studies at the New Jersey Institute of Technology, she began teaching Mandarin in an after school program. She fell in love with teaching and with Montessori, and decided it was her true vocation. After receiving her Master’s degree in Chemical Engineering, she went on to receive her AMI primary certification from the Washington Montessori Institute along with a Master’s of Education from Loyola University. Ms. Yan was thrilled to find LePort Irvine Mandarin where she can apply the Montessori philosophy within a Mandarin immersion program. Outside of work, Ms. Yan enjoys reading, cooking, yoga, traveling, and exploring different places and cultures. 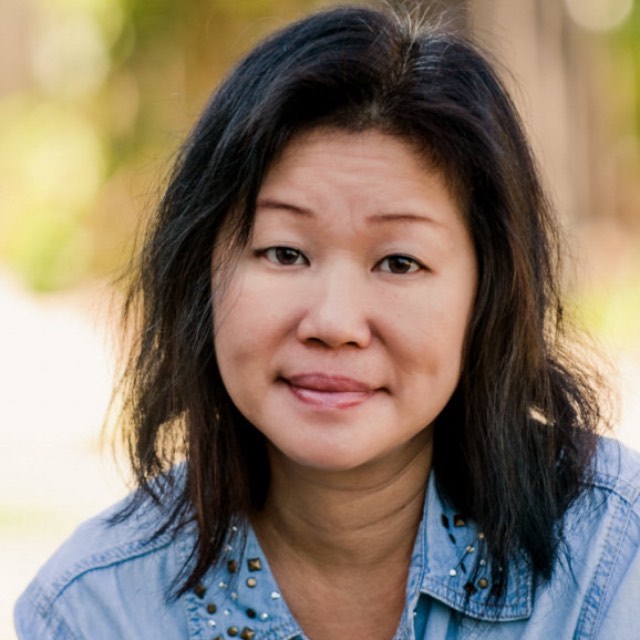 Ms. Trina Zhang has been a member of our LePort Mandarin campus community since early 2016. She earned her Montessori AMI diploma from the Montessori Institute of San Diego (MISD). She also received a certificate in child development from Imperial Valley College.

Ms. Zhang grew up in Singapore and in the past has worked in investment banking, as well as for Knight Frank as a real estate broker. She later earned a diploma in special education. Ms. Zhang previously lived in Tokyo for a few years as well as other major cities. In Chicago, she studied art and attended Ray College of Design. She also spent time in New York City, where she earned a computer business diploma from Drake Business School. Ms. Zhang has been working with children in preschools for more than ten years. Prior to joining LePort, she worked for the Imperial County Office of Education �“ Kids R Us (Early Care & Education Programs). Her aim is to guide each child to reach their fullest potential. In her spare time, she enjoys arts and crafts, cooking, gardening and music.
szhang 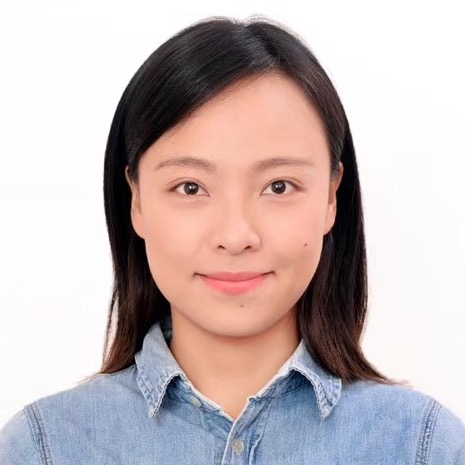 Ms. Sunny Zhang has over a decade of Montessori experience working in several roles at a public Montessori school in Zhejiang, China. Some of her roles included Montessori Directress (Head Teacher) for ages 3-6, managing administrative projects, and even helping launch a program that combined Montessori and music. Ms. Zhang has a bachelor's degree in English from Hangzhou Normal University and her 3-6 Montessori Diploma from the AMI training center in Hangzhou.
cwang 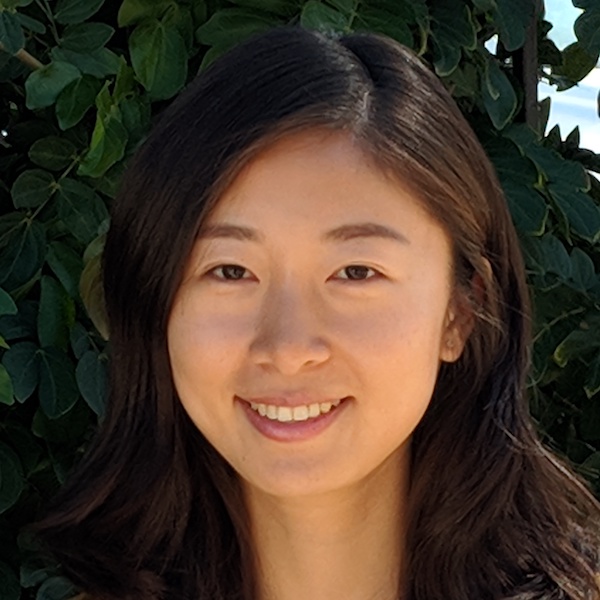 Ms.Corena Wang obtained her Bachelors degree in Mass Communication and Media Studies from the University of California, Berkeley. After graduation, she took some time to explore and figure out the direction of her life. She has always enjoyed spending time with children and in her free time, she volunteers at Home Daycare. Ms. Corena encountered Montessori Philosophy through a friend of hers. After researching and observing, she was drawn by the Montessori Philosophy and decided to further immerse herself in the Montessori field by completing her AMI Primary Training at Montessori Institute of San Diego- UCSD. She also holds a Masters Degree in Education from Loyola University in Maryland. She believes that the greatest gifts that the society can give to children are the roots of responsibility and the wings of independence. She loves playing badminton, cooking and hiking. She also enjoys reading, designing, and photography. Corena is a curious learner and is currently learning German. 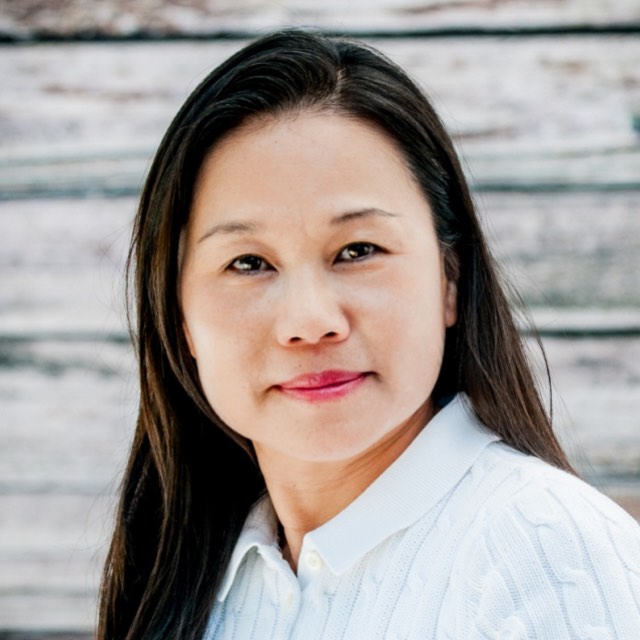 Ms. Michelle Xu has extensive experience working with children of all ages. She taught for 5 years as a preschool teacher. Ms. Michelle possesses a strong desire to help children grow and succeed in everything they do. Ms. Michelle holds a bachelor's degree in Han Language and Literature from the University of Ji Nan in China. She also holds an Associate of Science degree in Child Development from Irvine Valley College. Outside of the classroom, Ms. Michelle is the mother of a college student. She enjoys cooking, yoga, and zumba. 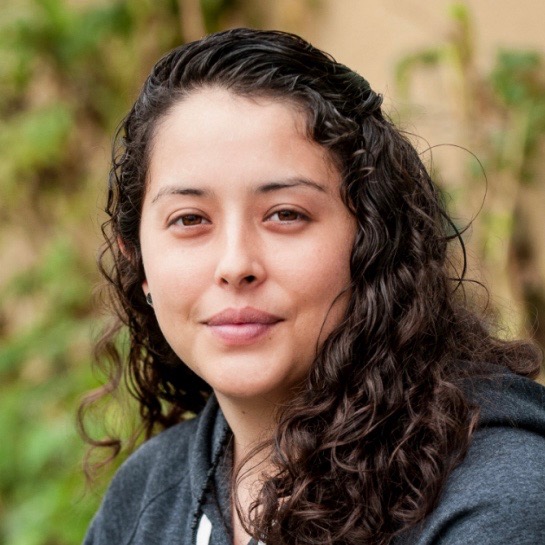 Ms. Angeles Martinez came to our Irvine Mandarin campus originally as a substitute assistant teacher. She holds a bachelor's degree in Spanish, an associate’s degree in Liberal Arts and has a certificate in preschool education. During her years at LePort Irvine Mandarin, she was able to pick up on the Montessori classroom structure fairly quickly and even learn some Mandarin words along the way! Ms. Angeles is well-known at our campus community as somebody who is reliable, flexible and able to step into any environment (both toddler and primary). Over her time at our campus, we felt her organizational talents would be best utilized to oversee our aftercare schedule and environments. She has a great love for the children as well as ensuring their safety and care on a daily basis.
Scroll to top