If you attended Elementary Curriculum Night, you had a sneak-peek into LePort’s unique approach to education. [See the videos at the bottom if you weren’t able to attend.]

In this newsletter, I’d like to offer you further insight into what makes LePort’s curriculum different. How does LePort’s approach, which we call “Knowledge for Life”, compare with the California Standards?

Almost everyone agrees that there’s something wrong with “teaching to the test”, the practice of focusing in school on memorizing and drilling for standardized tests. But this practice is based on the California Standards—the textbooks, lessons and outcome measures approved by State education committees.

Public schools have no choice about following the Standards. But even most private schools, which do have a choice, choose to stick with the same standards. Few actively explore the possibility that different content might produce superior learning. 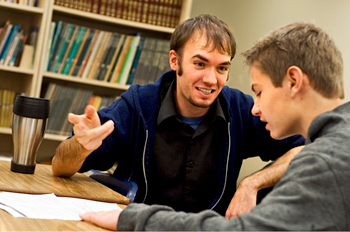 At LePort, we think that’s just not good enough: why should you pay thousands of dollars to enroll your child in private school only to have him learn the same thing he can learn for free at your neighborhood public school? Even if his class size is a bit smaller and there is fancier equipment, it’s still amounts to the same basic “teach to the test” approach. Your child still receives the one-size-fits-all public school curriculum, just with a bit more accountability.

So LePort Schools has instead developed its own curriculum, one that we believe gives students the rich knowledge, the broad skill base, and the genuine love of learning that will lead them to success in high school and beyond.

To help you see what I mean, here are five major differences between LePort and the California Standards:

Curriculum matters: it’s what your child will learn at school. Unfortunately, given the state of public education, it’s wrong to assume that the learning agenda set out by the public schools is right.

I hope that this newsletter has shed some light on a few key issues in the California Standards, and how we at LePort can and will do better for your child, if you choose to enroll him with us for the elementary years. 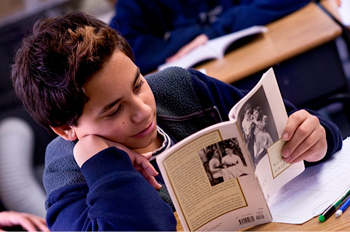 P.S. If you are interested in learning more, below are some links to well-researched books discussing the question of curriculum, and the many other ways in which today’s public school curriculum and pedagogical approach short-change students.

Why Don’t Students Like School, by Daniel T. Willingham. A cognitive scientist analyzes why many of the common pedagogical approaches used in today’s schools actually demotivate students, and discusses what better approaches schools should use instead.

The Language Police: How Pressure Groups Restrict What Students Learn, by Diane Ravitch. Renowned historian of education Diane Ravitch provides a well-researched and disturbing inside view into how pressure groups determine what curriculum is “adopted” by state authorities, and how as a result children learn not only less, but may even come away from the standard public school curricula with many wrong ideas about the world.

The Schools We Need: And Why We Don’t Have Them, by E.D. Hirsch. Discusses how a disdain for a well-thought-out, content-based curriculum, abandoned in favor of process-based “standards”, hurts children, and is a driver behind the U.S.’s deplorably low scores in international academic comparison tests.

The Global Achievement Gap: Why Even Our Best Schools Don’t Teach the New Survival Skills Children Need—and What We Can Do About It, by Tony Wagner. Wagner, an education professor at Havard, shows why and how U.S. schools today fail to equip students with the thinking skills and deeply-understood knowledge of the world they’ll need to thrive in the global economy.

Readicide: How Schools Are Killing Reading, and What You Can Do About It, by Kelly Gallagher. Discusses how a focus on basal readers, and “overteaching”, which focuses on drilling children in state-mandated standards, kills the joy of reading, even in children who come to school ready to become strong readers.

Building Foundations of Scientific Understanding, by Bernard Nebel. A practical handbook on teaching science, this first volume of Dr. Nebel’s series also contrasts an observation-based approach to science with the progressive and traditional approaches that dominate the standard curriculum.

Did you miss Curriculum Night? Here’s your chance to still attend, virtually: choose some of the videos below for a window into your child’s classrooms, if he stays at LePort for elementary school.


#4: Literature to reflect upon life 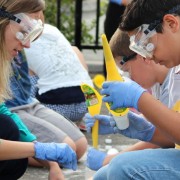 Why Do We Study Science 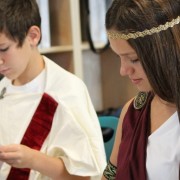 A Sense of History at LePort 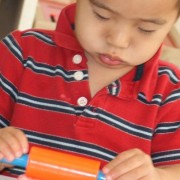 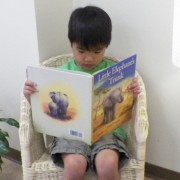 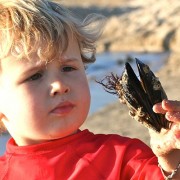 Encouraging the Scientist in Your Preschooler 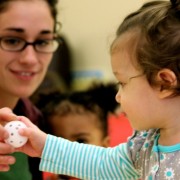 Rituals and routines: the home/school connection

Knowledge for Life
Why Do We Study Science