PART 1 of 3 on Montessori and Play

Here are some quotes I read this year which illustrate this concern:

A parent recently asked my advice about choosing a preschool for her son. I responded with my belief that the purpose of preschool is socialization, and that a developmental ‘learn through play’ program is best.

There must be a vision for preschool classrooms as engaging, interactive environments, full of open-ended opportunities for play as learning, and focused on early childhood learning guidelines that address the whole child’s learning and development, not just on early academics.

I’m sure you’ll receive many enthusiastic endorsements of Montessori preschools from satisfied parents, but my son’s play-based preschool was overwhelmingly wonderful and completely perfect for us. I think the Montessori brand name appeals to anxious parents who want to start the academic rat race at age 3. I say save your money, and let your child play while s/he’s young.

These quotes, written by intelligent individuals who obviously understand and care deeply about children’s well-being, are premised on the idea that there is a necessary trade-off between joyful play on the one hand, and rigorous academic learning on the other. On this trade-off view, parents must choose between fun and academics—between a child-led realm from which serious academic learning is mostly absent, or an adult-dominated preschool environment that strongly resembles the failed traditional school model most children enter when they turn six. 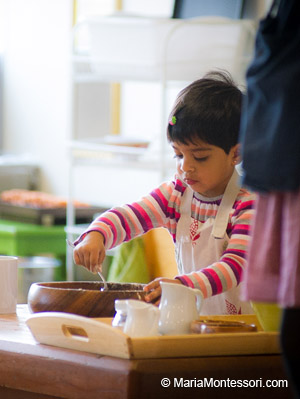 The subsequent argument these commentators make against Montessori education is that it represents the “academic” side of the choice between academics vs. fun, and that play-based preschools are superior because they represent the “fun” side.

But is there in fact such a necessary trade-off between academics and childhood play?

Does a parent have to choose between learning and fun?

We don’t think so. In our view, the learning vs. fun trade-off is a false alternative, and in practice the most profoundly joyous childhood environment is precisely the one which best satisfies a child’s cognitive needs.

Children by nature are curious about the world. They are capable of an astounding amount of early learning when given the freedom to explore to their heart’s content, particularly in an environment of carefully prepared engaging, meaningful explorative activities. In such a setting, learning so-called academic skills, such as handwriting or arithmetic, is experienced as a playful, enjoyable activity. The pleasure and deep satisfaction of such concentrated engagement is natural and to-be-expected because it is consistent with the actual needs of the child. Psychologically, the satisfaction derived is exactly the satisfaction that comes from play. As Maria Montessori put it, “play is the child’s work.”

A child’s early years represent an irreplaceable period in his life—a period that biologically serves the purpose of helping him become familiar with the world around him, and capable of purposeful action in pursuit of the things that matter to him. In this time period, certain skills are learned effortlessly that, if delayed to the elementary years, unfortunately become more of struggle for many children (such as building a long attention span, developing refined fine motor control, acquiring neat handwriting, learning to read, and mastering foundational arithmetic skills). The acquisition of these life skills is not an imposition on the child—to the contrary, his whole being is oriented towards acquiring precisely such skills.

But the fact that there’s a developmental benefit to an activity does not mean an activity is not experienced as fun, fulfilling, exciting. Just as the fact that an adult’s need to work does not mean that one’s job must be drudgery, so too a child’s need to grow does not mean growth must be listless. Many adults—indeed, the most fulfilled adults—approach their work as an exciting, satisfying activity, and do not “live for the weekends”. In a Montessori classroom, we don’t assume that activities that have long-term utility must be empty of joy.

Many educators struggle with this apparent chasm between joyfulness, and academic rigor and structure. Progressive educators, following Dewey, usually err on the side of making learning “fun”, even if it means sacrificing a sequenced, comprehensive, rigorous curriculum. Traditional educators, in contrast, excel at defining what academic skills and content a child is to master, but often rely heavily on extrinsic motivators, like grades, class parties or the threat of a trip to the principal’s office, to entice children to do the dreary drilling needed to achieve their goals.

Montessorians need not accept this false alternative. Our vision is not learning vs. enjoyment, but an integrated, joyous learning. Dr. Montessori’s unique method of allowing the child freedom to choose in a carefully prepared environment is the revolution that enables parents to have their cake and eat it, too—to ensure their child will stay curious, joyful and intrinsically motivated to learn, and at the same time master challenging and advanced academic skills and content, from preschool onward.

Let’s spread the word: If this is possible, why would anyone settle for less?

Transitioning to Montessori: Motor Skills and Indirect Preparation (Part 3 of 5) 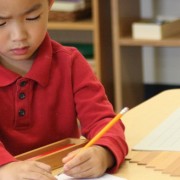 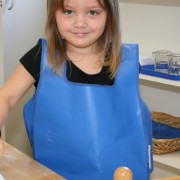 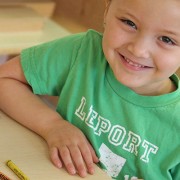 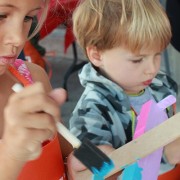 The Value of Unstructured Time (Or: What to Do Instead of TV) 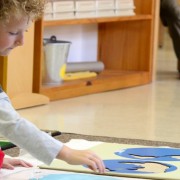 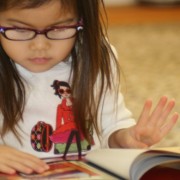 How to lay the foundations of literacy in preschool 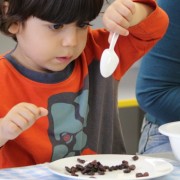 What’s the big deal with independence in Montessori preschool?
Applying Montessori Ideas When Reading With Your Child